Three of Melbourne’s leading regional advocacy groups, representing more than 3.1 million residents in the city’s southeast, north and west, have joined forces to advocate for the construction of a citywide freight-rail network that would take 3500 trucks a day off the roads, lower import and export costs and cut freight-related emissions.

In a joint statement, the chairs of South East Melbourne, NorthLink and LeadWest said:

“$58 million in federal and state funds have been set aside for the freight rail scheme and that expressions of interest have been called for.

“This is a great project for Victoria and we want to see forward movement as soon as possible because of the projected massive growth in freight traffic through the Port of Melbourne and a consequent big rise in the number of freight trucks on our roads and freeways.” 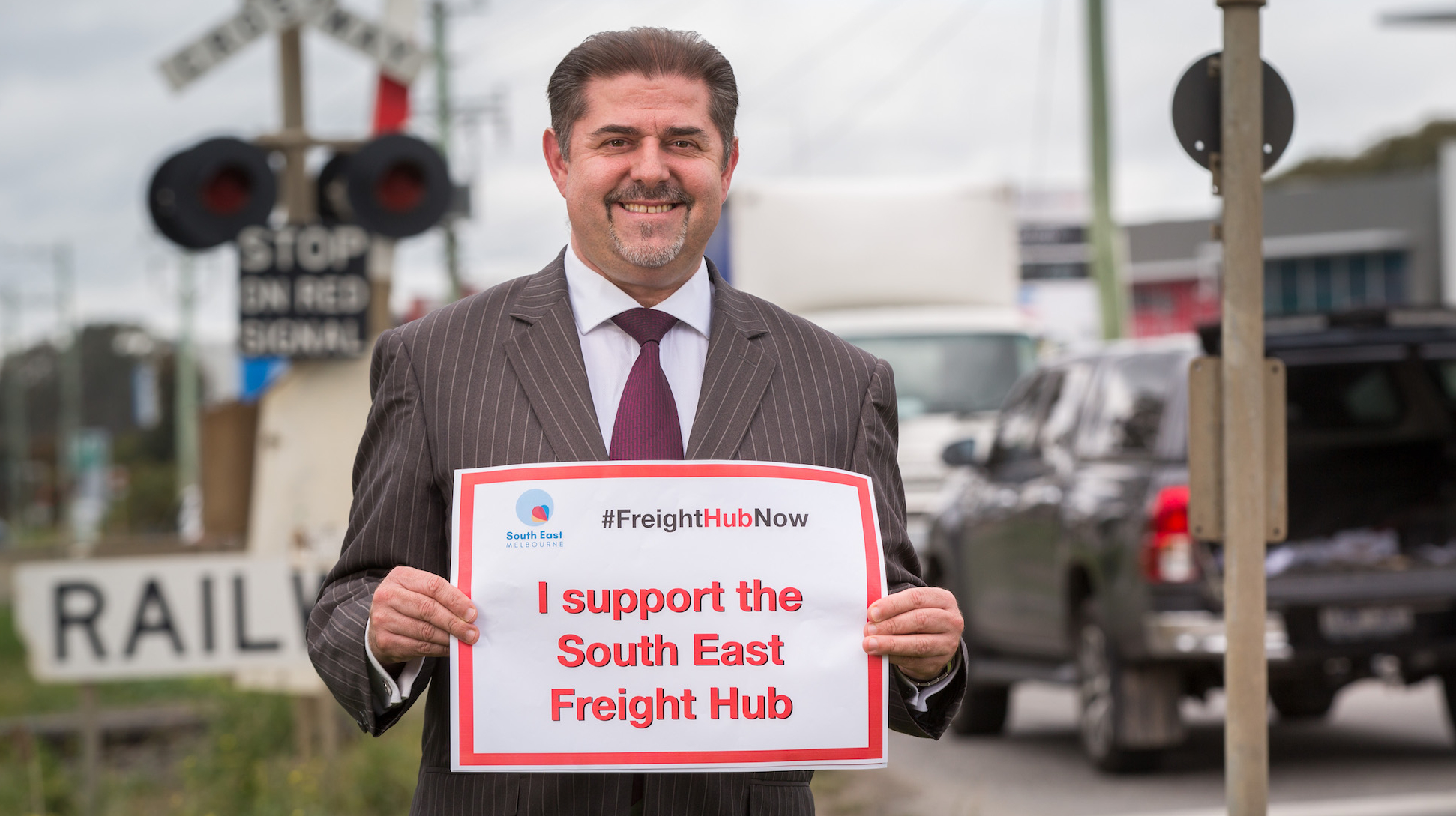 “LeadWest, Northlink and South East Melbourne support the project because it will take 3500 trucks a day off the roads, cut freight related emissions by more than 60 per cent*, cut import and export freight costs, and create jobs.

The Port Rail Shuttle project would include freight-rail hubs and services in Melbourne’s main metropolitan freight catchments, linked to the Port of Melbourne by rail freight trains.”

The Lonsdale Consortium, which operates the Port of Melbourne, predicted the port could grow to handle between 12 and 15 million containers a year, up from 2.6 million in 2015/16.

“The Port Rail Shuttle scheme is that rare thing, a demonstrable win-win on every level. It is good for business, good for jobs, good for congestion, good for the environment and good for residents.”

“With congestion worsening at a rapid rate right across Melbourne, it is time to ensure that the rail-freight solution is implemented.”

“The Port of Melbourne has been nudged out by Sydney as Australia’s busiest port and the Port Rail Shuttle Network scheme would help Melbourne to regain the title of Australia’s number one port.”

Population: 1 Million. NORTHLink includes the Cities of Banyule, Darebin, Hume, Moreland, Whittlesea and the shires of Nillumbik and Mitchell.

About the Author: Jenny Ljunggren

Jenny has a sophisticated understanding of corporate communications and social media and what's needed to achieve business goals across a variety of sectors.