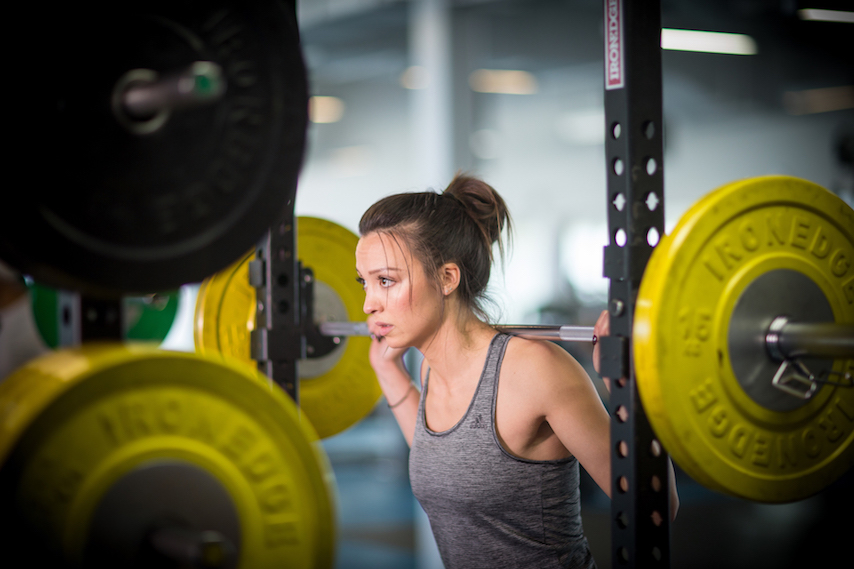 Stem cell patient Stephanie Harris has regrown a one-centimetre piece of cartilage in her knee that was dislodged during a national karate competition. She now plans to return to competition but must overcome a shoulder injury. Stephanie took part in a Melbourne Stem Cell trial which was reported in the British Medical Journal Case Reports.

Melbourne Stem Cell Centre patient and personal trainer Stephenie Harris, who was the subject of a British Medical Journal Case Report outlining how stem cells had regrown cartilage in her knee joint, is looking forward to returning to karate training later this year.

Stephanie was left unable to walk up and down stairs or kneel without extreme pain because she lost a one-centimetre square piece of cartilage in her knee during a national karate competition.

Stephanie had been unable to train for four years but returned to gym training last year after successful stem cell treatment at Melbourne Stem Cell Centre.

The British Medical Journal and media reported that Stephenie’s knee could not be fixed with surgery or traditional medical treatments.

But in the Melbourne Stem Cell Centre trial, in which Stephenie’s own stem cells were harvested and expanded and injected into her knee joint, the one-centimetre hole filled with regrown cartilage, allowing her to resume a normal routine.

“I’m finally pain free doing daily tasks” Stephenie said. “I can actually stand up and sit down like a normal person.”

Stephenie returned to her job as a personal trainer and could lift weights and move freely.

But a shoulder reconstruction has slowed her return to karate training.

“My shoulder popped out while surfing because the surrounding muscles were weak and the joint was unstable,” she said.

Stephenie said that as well as concentrating on her shoulder rehabilitation over the next six months, she is also working on ensuring she has full strength and movement in her legs.

“Karate requires agility and explosive movement,” she said “and I want to ensure my knee and shoulder are strong and stable before I get back in the ring.”

Melbourne Stem Cell Centre’s Associate Professor Dr Julien Freitag said: “The recovery of Stephenie’s cartilage was remarkable and is an indication of the reparative potential of stem cell therapies in cartilage injuries and osteoarthritis.  The improvements seen in Stephanie and other participants within our research drives us to further develop this promising therapy.”

Melbourne Stem Cell Centre, which has proven in ethics approved human trials that damaged cartilage in knees can be regrown using stem cells, took part in consultations aimed at bringing Australian regulations into closer alignment with the United States and the European Union.

Details of one of the Melbourne Stem Cell Centre’s successful trials has been published in the British Medical Journal Case Report.

In a statement, the Therapeutic Goods Administration said: “The new approach by government is designed to provide graduated regulatory oversight of these products commensurate with the safety risks to patients.”

The changes affect autologous human cell and tissue products which are those that are removed from and applied to the same person, so the donor and the recipient are the same, the TGA said.

“We support the changes and believe that they ensure appropriate research and ongoing development of biological therapies including stem cell therapies.

“Within these new regulations we are already planning exciting further clinical research which is built upon the results of our earlier studies.”

About the Author: Jenny Ljunggren

Jenny has a sophisticated understanding of corporate communications and social media and what's needed to achieve business goals across a variety of sectors.